*Prices are based upon lowest price point and category at time of print and are subject to change without notice.

Photo: Viking Oceans: Across the Bay of Bengal Itinerary 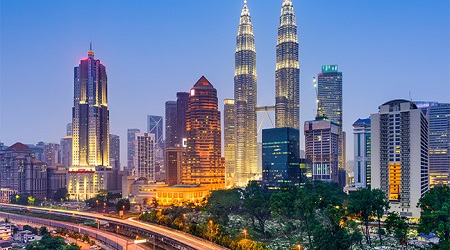 Transfer to your ship and settle into your stateroom. Mumbai is spread over seven islands and is a major cultural capital of India. Bombay, as it was known until 1995, still enjoys its magnificent seaside setting and is home to some of India’s most beloved landmarks. Perhaps none is as glamorous as the Taj Mahal Palace hotel. Overlooking the Arabian Sea, it has hosted celebrities and presidents. Adjacent, the impressive Gateway of India was built to salute the arrival of King George V and Queen Mary in 1911. Mumbai also hosted the headquarters of Mahatma Gandhi.

Mumbai encompasses every element of humanity and is a striking blend of cultures and traditions. Millionaires and laborers rub shoulders on bustling streets. Bollywood film directors create big-budget films among a culture of fashionistas and financiers. The city’s streets reflect every subculture, religion and cuisine of India, as people migrated here from all over the country. And the city’s festivals honor both Western and Indian traditions, from Good Friday to the Kala Ghoda Arts Festival, a celebration of local music, dance, theater and film.

Goa was the cultural center of Portuguese India for 450 years. This was the first region in India colonized, and the last to get its freedom. Nowhere in India is the colonial influence so prominent. About a third of Goans are Catholic and the colonial styles of the Old Town have earned it a place as a UNESCO World Heritage Site. Among its magnificent cathedrals and monasteries, the Sé Cathedral is one of the largest churches in Asia. The Basilica of Bom Jesus, a fine example of baroque architecture, holds the remains of St. Francis Xavier, the city’s patron saint.

Sail the azure waters between the island nations of Sri Lanka and the Maldives at the tip of India’s southern point. The Laccadive Sea has been a thriving region for pearl fishing for thousands of years. Spend a relaxing day at sea, unwind and admire the vistas from your stateroom veranda.

Brimming with old-world charm, Colombo is Sri Lanka’s largest cultural center. With its large harbor and strategic seaside location, Colombo quickly earned favor among ancient traders. The island was first colonized by the Portuguese, followed by the Dutch, then the English, who ruled it as Ceylon until its independence in 1972. Still today, evidence of all three nations is clear in the cuisine, language and architecture. Within the city’s 19th-century fortress stands the neobaroque Old Parliament Building, and the city’s streets carry the names of former British governors.

Sri Lanka’s rich culture, colonial history and stunning setting merge along the mile-long Galle Face Green, nestled between the ocean and the business district. On this welcoming lawn kissed by sea breezes, young men play cricket, couples stroll and children fly kites. Food vendors may tempt passersby with isso wade—deep-fried shrimp cakes—or other treats. The prestigious Galle Face Hotel, built by the British in 1864, serves refreshing gin and tonics and offers a complete tea service. Its veranda is the perfect spot to watch the sun set over the Indian Ocean.

The history-rich waters of the Bay of Bengal are considered sacred by many Hindus. In ancient Hindu lore, the bay is called Mahodadhi, meaning “great water receptacle.” Still today, the devout perform a daily aarti, a religious ritual in which they place fire offerings into the surf and let the tides carry them away. During the early 1600s, Britain’s East India Company sailed along the coast, settled throughout India and established a trading body; soon after, half of the world’s maritime commerce of goods such as cotton, silk and tea were traded exclusively through them.

This narrow passage between Malaysia and the Indonesian island of Sumatra was a major route for early traders shipping glassware, precious stones, camphor, ivory and sandalwood. Today, it is one of the busiest shipping channels in the world, linking the Indian and Pacific Oceans. Along this historic waterway, the lush shores of Sumatra grace the horizon to the south, stretching out to lowlands, mangroves and swamps. The more urban skylines of Malaysia—George Town and Kuala Lumpur among them—shimmer in the distance to the north.

Capital of the Malaysian island of Penang, George Town has long been a crossroad. Today, it is a glorious celebration of culture, one of Asia’s most colorful corners. Malays, Indians and Chinese all share a past here, as a ride around town via a pedaled trishaw will show. George Town’s unique cityscape features shops from colonial days, Buddhist and Taoist temples, and kongsi, brightly painted clanhouses that traditionally open their doors to all who share a surname. The town’s rich literary past includes residents such as Rudyard Kipling, Somerset Maugham and Noël Coward.

The capital of Malaysia, Kuala Lumpur was built by Chinese tin prospectors in the mid-1800s. Since then, the city of KL, as the locals call it, has grown into a stunning mix of colonial, Moorish, Tudor, neo-Gothic and Grecian-Spanish architecture. The two-story shophouses of Old Market Square, with storefronts below and residences above, reveal the lives of merchants. The magnificent Petronas Towers are the centerpiece of this fascinating city; the side-by-side twin spires resemble a pair of rockets, connected by a two-story sky bridge that spans the 41st and 42nd floors.

Singapore is the world’s only island city-state. Established in 1819 for the East India Company by Sir Stamford Raffles, after whom the famed hotel is named, it grew from a secluded backwater into a shabby port city before transforming itself into a sophisticated metropolis. The technology and economy are highly advanced here, yet the islands host plentiful green parks with tree-lined footpaths and the stunning National Orchid Garden. For a panoramic view of it all, the observation deck of the Marina Bay Sands towers offers the perfect solution.

The Gulf of Thailand, the massive sea basin bordered by Vietnam, Cambodia, Thailand and Malaysia, is still known as the Gulf of Siam to the Malay and Khmer people. Long stretches of sandy beach, low-lying emerald hills and soaring mountains surround this oval-shaped gulf. The lush hills of Botum Sakor National Park unfold north of Sihanoukville, Cambodia. Along Thailand’s shores, several beach-ringed islands point the way to Laem Chabang port.

Koh Samui is Thailand’s second-largest island after Phuket and a paradise of swaying palms and scenic beaches. Sun-loving beachcombers from Thailand and beyond come to the island to wade, swim and lounge in the lapping tides. Until the early 1970s, this self-sufficient community had no roadways; crossing the island required a full-day trek across nine miles of mountainous jungle. Today, Koh Samui retains the slower pace of simpler times. The cherished traditions of old Siamese fishing villages, too, are preserved as tiny boats gently bob on turquoise waters.

Often called the “City of Angels,” Bangkok is Thailand’s largest and most populous city. A sprawling and heady mix of modern skyscrapers, floating markets and longtail boats skimming the Chao Phraya River, the scintillating capital of old Siam engages all the senses. Yet it all seems devoutly grounded by the presence of its revered gilded wats, or temples. Wat Arun, in particular, can be seen from all corners of the city. This majestic riverside “Temple of Dawn” catches the first light of each day like a pearl, casting a soft glow on one of Asia’s most remarkable cities.

Historic Siam of old, Bangkok is beautifully set on the Chao Phraya River. Thai culture is rich and engaging in this bustling center, and its origins are reflected through centuries-old Buddhist wats, or temples. The towering Wat Arun, named for the god of the rising sun, stands dramatically on the river’s banks. The revered temples and elegant buildings within the walls of the renowned Grand Palace date to the late 1700s. A gilded array of golden pagodas and stupas (shrines), it has been the royal family’s residence for more than 150 years. After breakfast, disembark your ship and journey home.

Enquire for the offer now!

FacebookTwitterEmail
* This offer is subject to availability and can be withdrawn or varied without notice.